KiVa is an evidence-based program to prevent bullying and to tackle the cases of bullying effectively. The former is crucial but also the latter is important, as no prevention efforts will make bullying disappear once and for all; there need to be tools to be utilized when a case of bullying comes to light. The third aspect of KiVa is constant monitoring of the situation in one’s school and the changes taking place over time; this is enabled by the online tools included in KiVa. These tools produce annual feedback for each school about their implementation of the program as well as the outcomes obtained.

The main components of KiVa

KiVa includes both universal and indicated actions. The universal actions, such as the KiVa curriculum (KiVa kick off, KiVa lessons), are directed at all students and focus mainly on preventing bullying. The indicated actions are to be used when a bullying case has emerged. They are targeted specifically to the children and adolescents who have been involved in bullying as perpetrators or victims, as well as to several classmates who are challenged to support the victim; the aim is to put an end to bullying. 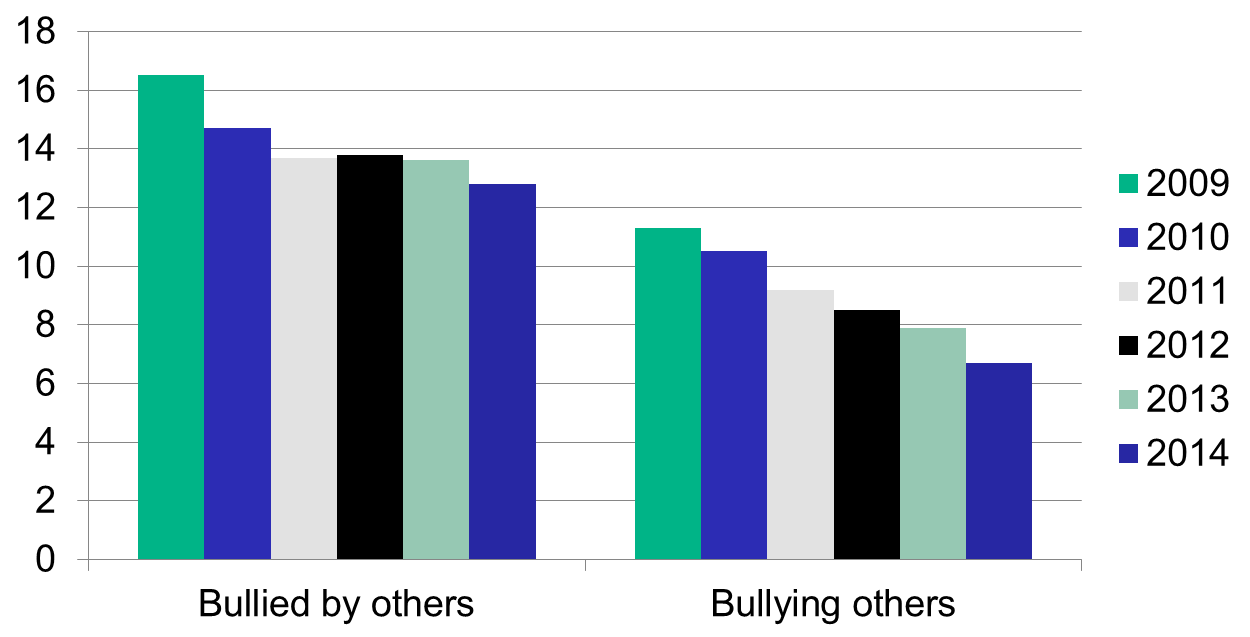 Proportion of students who are systematically bullied by others or bullying others.

Evidence of effectiveness in Finland and elsewhere

In Finland KiVa has been evaluated in a large randomized controlled trial including 117 intervention schools and 117 control schools. The program has been shown to reduce both self- and peer-reported bullying and victimization significantly. It influences multiple form of victimization, including verbal, relational, physical, and cyberbullying. In addition, positive effects on school liking, academic motivation and achievement have been reported. KiVa also reduces anxiety and depression and has a positive impact on students’ perception of their peer climate. A remarkable 98% of victims involved in discussions with the schools’ KiVa teams felt that their situation improved. Finally, Finnish data from more than 1000 schools that started the implementation of KiVa in fall 2009 showed that after the first year of implementation, both victimization and bullying had reduced significantly. KiVa is now being evaluated in several countries: the first international studies from the Netherlands, Estonia, Italy, and Wales are emerging, showing that KiVa is effective outside of Finland as well.

Material for teachers and pupils

What does KiVa mean for pupils in our school